To download full and complete Bagan Map
1.Press Download
2.Complete the form and press submit.
3.you will recieve the download clink via email to the email address you have provided 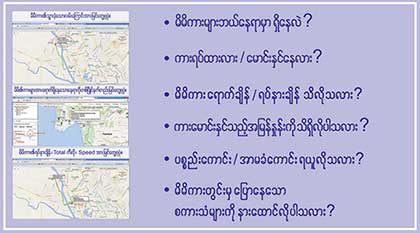 Bagan - (also known as Pagan) is one of the richest archaeological sites in Asia. Bagan is also famous for its tranquillity and majesty.

What to wear, carry - Casual and light clothing is recommended but not skimpy dress nor those that may offend reserved nature of Myanmar. Light sweater or jacket will be useful early in the morning and late evening especially outside during cold season. Shoes and other footwear must be removed before entering pagodas, temples, monasteries and other religious buildings and homes. A pair of Myanmar slippers will be very useful.

Currency - It is recommended that enough Myanmar Currency (Kyats) should be carried as there are only very few authorized money changer in Bagan. Foreign Exchange Currency (FEC) and US dollars are widely accepted.

Export of antiques - and archaeological objects are prohibited. Visitors are advised to buy only the allowed items of handicrafts and art objects from the registered souvenir shops. Insist on to obtain the certified receipt from the shops. Visitors are requested to show the receipt upon request by the responsible official concerned. Any illegal trade of prohibited items will result in heavy penality.

Bagan is the main tourist attraction in Myanmar. One of the richest archaeological sites in Asia, it is located on the east bank of Ayeyarwaddy River. The whole space is thickly studded with pagodas of all sizes and shapes. At one time there were 13,000 temples, pagodas and religious structures. Today, only over 2000 well-preserve pagodas & temples of the 11th - 13th century. Surrounding all this are wonderful villages, where life goes on much as it did when the temples were at their peak, and here too, cottage crafts remain, including the making of the best lacquer ware in Myanmar.

How to Get There ?

It takes about one hour and twenty minutes to fly from Yangon to Bagan. There are daily flights to Bagan from Yangon, and regular flights from Mandalay, which take only 20 minutes. There are 4 domestic Airlines, Myanmar Airways, Air Mandalay, Yangon Airways & Air Bagan.

By overland, it takes 12 hours from Yangon and 7 hours from Mandalay by Coach. There is a regular train between Bagan and Mandalay too. There is also a double-decker steamer service between Mandalay and Bagan and the cruises

Ananda Temple --- The Ananda Temple built after the Shwe Zigon in 1090 is the masterpiece of the early style temple architecture. There are four huge Buddha images in the standing position and eighty relieves depicting the life of the Buddha from his Birth to his Enlightenment. Ananda Pagoda Festival is yearly celebrated on Full moon day of Pyartho.

Shwe Zigon Pagoda --- This golden pagoda was the first monument built in the Myanmar style, the prototype for later pagodas. It was first built by King Anawrahta and completed by King Kyan Sittha in 1087. 'Nat' (spirit) images can be found within its precincts. Shwe Zigon Festival is celebrated on full moon day of Tasungmone.

Thatbyinnyu Temple --- Over 66 meters high, and built by King Alaungsithu in the middle of the 12th century, this white stucco building overtops all other monuments as the highest pagoda on the Bagan plain.

Manuhar Pagoda --- The Manuhar Payar was built by King Manuhar from Thaton. King Manuhar sold a piece of his jewelry for a fabulous sum in Bagan and built a shine there, probably to portray his life as a POW, (Prisoner-of-war). You can see the shrine today huge images of the Buddha inside a low and narrow building, clearly conveying a sense of confinement. Manuhar Pagoda festival is yearly celebrate on First day over Thidingyut full-moon day.

Shwegugyi Temple --- Standing on the high brick plinth, this temple was built by King Alaungsithu in 1131 AD. The arch pediments, pilasters, plinth and cornice molding are decorated with fine stucco carvings, evident of Myanmar architecture of the early 12th Century.

Gubyaukgyi Temple (Wetkyi-In) --- It is a 13th century temple with a spire resembling the Mahabodhi Temple at Bodh Gaya in India. This temple is known for its wall paintings depicting scenes from the Jatakas (life stories of the Buddha).

Bupaya Pagoda --- Standing on the brink of the Ayeyarwaddy River, the Bupaya Pagoda is a conspicuous landmark for travelers along the river. This pagoda with bulbous dome resembling the "Bu" or gourd is a favorite spot for visitors to watch the sunset.

Archaeological Museum --- The museum run by Archaeological Department is situated near the Gawdawpalin Temple. It has a collection of more than 2,000 items including Buddha statues, stucco pieces, terra-cotta cups and pots. Open daily except Monday and public holidays.

Shopping --- Masterpieces of lacquerware have been the pride of Bagan since the days of the Bagan Empire. It is still the main industry of Bagan today and you can observe the making process of lacquerware from the beginning to the finished products ready for sale at the shops. Lacquerware like bowls, boxes, trays and paintings are the best souvenirs of Bagan.

There will be a zone fees 10 $ for all foreigners to enter the Bagan Archaeological Zone.
For more information please visit : www.dpsmap.com/